Planes, Trains, and Automobiles: Can the Politics of Urban Infrastructure Transcend NIMBYism and Polarization?

Reposted from the Institute for Cultural Evolution

“This airport is f—ing insane.”

The message flashed across my phone at 11PM Pacific Time.

“Yeah it is!” I texted back immediately.

Reforming Our Definition of Politics

As a JSA Governor, it is expected that I hold the values of JSA sacred to my heart. Most would even think there’s an unspoken requirement that Governors believe with the utmost faith that JSA’s mission is essential to our democracy. Generally, I believe in this mission. However, throughout my high school career, I’ve had my own reservations- even resentments- about the mission of JSA.

Here at JSA, our mission is to build the bridge between people with differing political opinions. We strive to foster not only discourse, but partnerships and connections between individuals whose values may initially seem incompatible.

Posted by California Forward on January 08, 2019

As partisan gridlock and political turmoil roils the national scene, California Forward’s leaders have grounded our actions and reactions in the confidence that democracies are designed to be resilient.

We have experienced that resiliency here in California with Proposition 11 in 2008, which created citizens’ redistricting; Proposition 14 in 2010, which opened the primary system so all voters could choose from all of the candidates; and, Proposition 28 in 2012, which modified term limits. A number of other political and fiscal reforms have been instigated over the last decade by coalitions of civic organizations like California Forward and the California Forward Action Fund, which worked on all of these measures and more.

A Model Of Public Engagement In New York City

True engagement is about cultivating and maintaining positive relationships between citizens and the institutions that serve them.

On Nov. 7, about 20 community organizers from all over New York City were welcomed with bagels and coffee as they settled in for a full day of learning about effective public engagement. At the start of the Avenue NYC Public Engagement Strategy workshop, we all agreed to some ground rules which included enabling empathy and compassion, accepting a lack of closure, and recognizing the partial nature of our truths. With that small activity, the workshop, hosted jointly by Public Agenda and NYC Small Businesses Services (SBS), became a model of public engagement. The day succeeded in not only helping leaders learn how to strengthen their own engagement strategies, but consistently demonstrated what good engagement looks like.

The National Institute for Civil Discourse established at the University of Arizona in Tucson in 2011 after the tragic shooting of Congresswoman Gabrielle Giffords, has been focused on efforts to help restore civility to our political discourse. As part of that effort, they sponsored two workshops in Columbus, Ohio late this summer designed to provide candidates with training on how to run positive campaigns and win.

This Is Not Your Father’s Congress

When I arrived on Capitol Hill in the summer of 1983 for my internship with a House member, I had never stepped foot in a congressional office building. I walked into the office, was led to a corner in the back and sat down in front of an IBM Selectric typewriter. (For younger readers, you can see examples at the Smithsonian.)

A rather intimidating young woman with an impressive title, legislative correspondent, sat me down and handed me a giant tabbed notebook. It was organized by issue topic, each with a paragraph on the lawmaker’s position.

On November 13th, Open Primaries Education Fund (OPEF) filed a lawsuit against New Mexico Secretary of State Maggie Toulouse Oliver challenging the state’s expenditure of funds to supervise and administer its closed primary elections. New Mexico is one of only 9 states with completely closed primary elections, which disenfranchise the state’s 270,000 registered independent voters -- 22% of New Mexicans and the fastest growing segment of the electorate.

At issue is the unconstitutional use of taxpayer money to pay for primary elections that benefit private political party activities. Specifically, OPEF argues that the current system violates the anti-donation clause of the New Mexico Constitution, which reads:

Inspire Leader, Claire Harmon, a senior at Marshall Co. High School in Kentucky, is a Fellow with the 22x20 which is a campaign to engage the youth to have a voice in the democratic process. 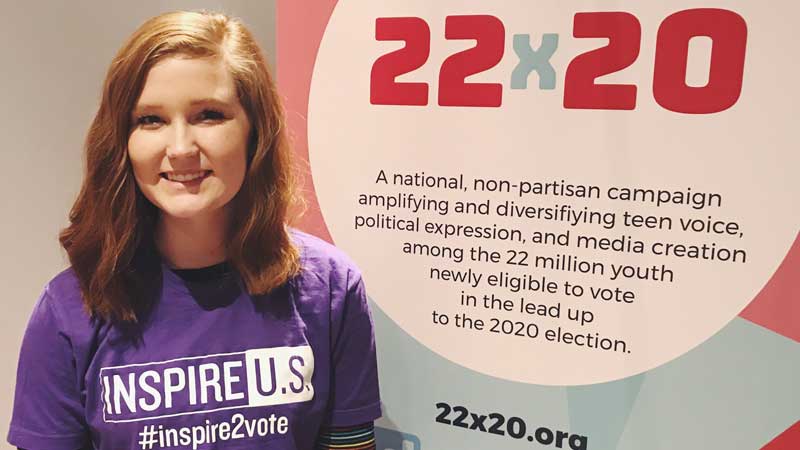 This blog is an excerpt of Claire's recent interview with 22x20.

We often think of Thanksgiving as a time when we relax with family and friends, stuff ourselves silly — and maybe apologize for burning the casserole. But aside from all the revelry, Thanksgiving can also bring uncomfortable political conversations.

Thanksgiving is truly a time when we’re forced out of our filter bubbles. Suddenly we find ourselves passing the mashed potatoes to Uncle Tom, a guy whose wacky Facebook posts we hid months ago — and hoo boy, he just brought up immigration.

While many of us have a tendency to surround ourselves with like-minded people and consume biased news the other 364 days of the year, suddenly, there’s no algorithm ensuring we confront only views we already agree with.

From CSPC. Reposted from The Daily Beast

As the dust settles over one of the most bitterly fought mid-term elections in modern history, the tribal bases of both political parties continue to clash along the seams of a deeply divided nation. Democrats furious at President Trump flipped the House, but believe in some close races that they were the victims of voter-suppression efforts. Republicans expanded their majority in the Senate, but fear that a “deep state” in Washington is still out to get their president. The split decision on Tuesday did little to quell their partisan rancor.