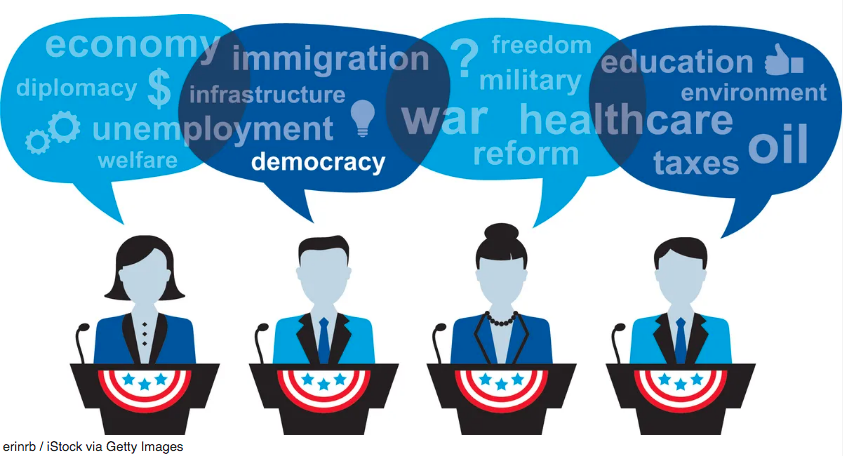 Think we missed a big news story involving a Bridge Alliance member? Email us at [email protected] and we'll make sure to get the story out on social media.

Posted by Bridge Alliance Education Fund on May 16, 2019

Featured Blog Post: The Psychology of Polarization And How We Can Overcome Our Prejudices

Earlier this month, America Indivisible -- one of the newest members of the Bridge Alliance -- released a collaborative study called “American Muslim Poll 2019.” To be honest, though, the title short-changes the report, which examines political attitudes, civic engagement, and Islamophobia among American Muslims, Jews, Christians (broken down by denomination), and Non-Affiliates.

Posted by Bridge Alliance Education Fund on May 10, 2019

TED Talks are a fascinating cultural phenomenon. The nonprofit (TED) was founded in 1984 as a conference under the slogan “ideas worth spreading,” and has been held annually since 1990. It wasn’t until 2006, though, that TED Talks were free to view online -- i.e. accessible by the general public. By June 2011, TED Talks earned over 500 million views, and that figure doubled by November 2012. TED Talks are now a ubiquitous part of modern culture and serve as a signal that the individual giving the 18-minute talk has “arrived.”

That’s why we were so excited when Joan Blades of Living Room Conversations and John Gable of AllSides gave a joint TED Talk in 2017. And it’s why we are proud to support Citizen University and celebrate Eric Liu’s third(!?) TED Talk titled “How to revive your belief in democracy.” You can check out that video as well as Eric’s new book titled “Become America: Civic Sermons on Love, Responsibility, and Democracy.”

Posted by Bridge Alliance Education Fund on May 03, 2019

I was sorely tempted to start this Weekly Update off with a joke (in fact, I had one picked out), but then I realized I was falling into a trap. Specifically, I was conflating “good governance and policymaking” with the dysfunction currently plaguing Congress. The truth, though, is that there are a lot of good things happening around the nation, as well as in Washington, D.C.

So take a deep breath and take a gander at some recent updates that show things aren’t quite as bad as they sometimes seem. And even where things are bad, there are a lot of smart people trying to think of good solutions:

Featured Blog Post: BallotReady - Election spotlight: Breaking down the numbers on every seat up for election this year

Last week we asked you to answer a short survey telling us what issue areas of the democracy revitalization movement you find most interesting, and many of you responded! Thank you! This week, we would like to share the results (please note that respondents could vote for more than one category):

From Day 1, the Bridge Alliance has positioned itself as a coalition for organizations trying to fix our political system from all angles. The result is that its members are involved in all parts of the democracy revitalization movement -- from helping people talk to overhauling our electoral systems.

We know, though, that it’s hard to be passionate about everything. That’s why we want to know what you’re interested in. Fill out our two question survey based on our member categories and watch for the results in an upcoming Weekly Update.