Bridge Alliance Awards $500,000
In Collective Impact Grants To Foster Collaboration And Multiply
The Impact Of Its Members Organizations.
Friend-

We are pleased to announce today the awarding of more than $525,000 in our inaugural collective impact grants, to allow new collaborative efforts by two dozen Bridge Alliance member organizations.

These ten joint projects will help members implement and test innovative approaches in our Alliance’s three core areas: expanding civic engagement and participation; improving governance; and reforming campaign and election processes. These projects, in addition to magnifying the impact of your work on the local, state and national level, are designed to generate tools, ideas and best practices for all Bridge Alliance members to use.

Highlights of the initial ten projects appear here.  A panel of Alliance staff, board members and outside experts selected these from an impressive array of proposals. Our aim is to fund and award additional grants in the very near future; financing additional grants is our top priority as you have shown us many ideas that will benefit from collaborative work. 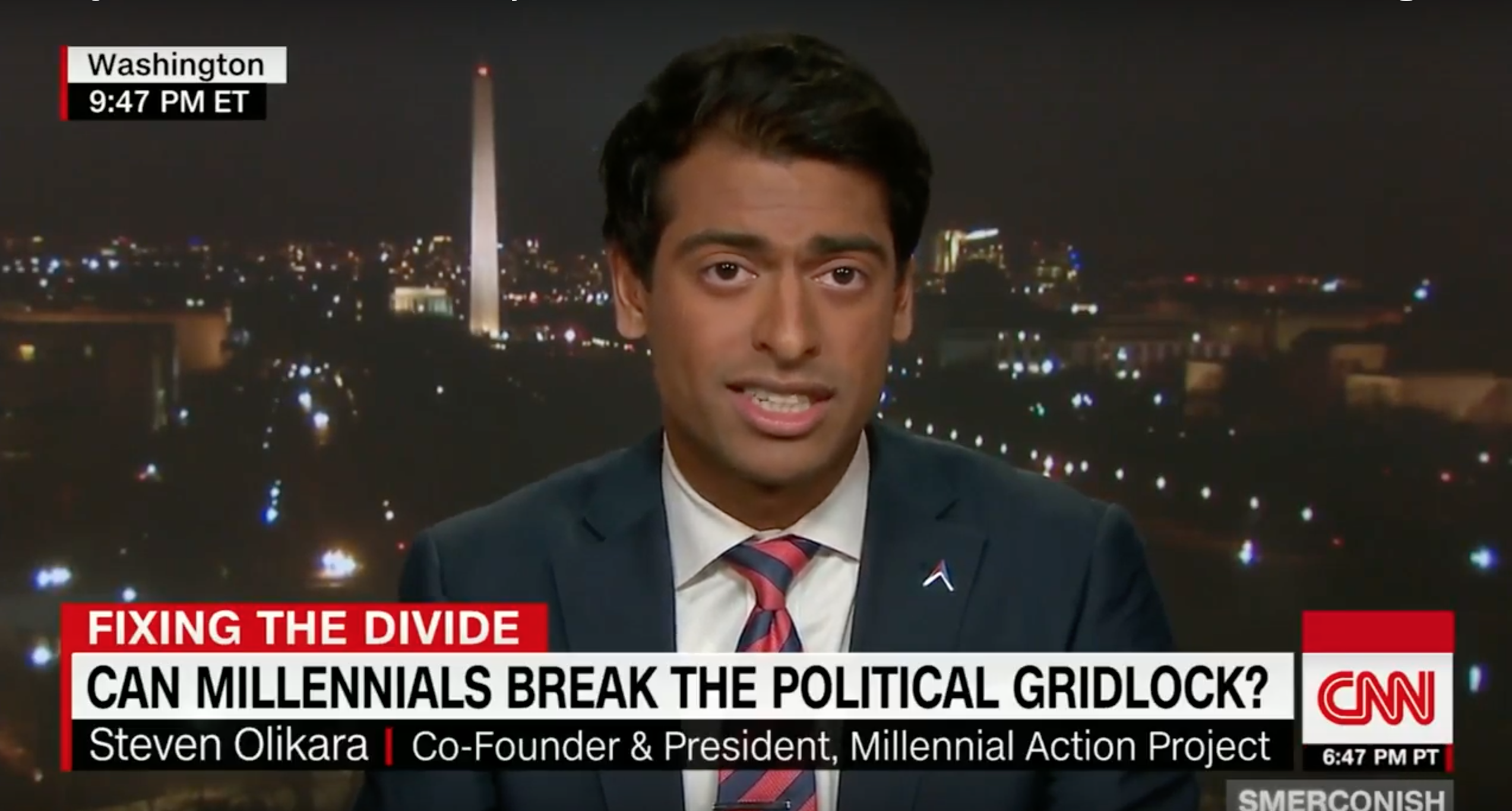 We are also announcing a new member of the Bridge Alliance- American Democracy Project.

The American Democracy Project (ADP) is a network of more than 260 state colleges and universities focused on public higher education’s role in preparing the next generation of informed, engaged citizens for our democracy.  Learn More

We encourage you to listen to one of Peter Levine’s talks about citizen engagement, deliberation, and collaboration. Peter Levine is the Associate Dean of the Jonathan M. Tisch College of Civic Life and Director of CIRCLE. Dr. Levine and his staff have a long tradition of working with nonprofits in the civic engagement sector; providing tailored data, summaries of existing research, feedback on developing ideas and advice on program evaluation methods. They are a strategic partner of the Bridge Alliance.

Unrig the System event in KC, co-hosted by BA members

Fixing our broken political system is more important than ever. This meeting is focused on reform efforts that are strictly nonpartisan, embrace participation from all parts of the political spectrum, and advocate policies designed to advance the public interest, with no bias towards specific political parties, specific institutions or interests.

Through this lens, we are bringing together reformers, organizations, consultants, funders and others interested in sharing best practices, meeting up, and working more closely to advance reforms that fight corruption, empower voters, increase electoral competition and civility.


The gathering is a “working conference” where we hope to catalyze more communications and collaboration amongst disparate efforts to reform elections, voting, campaign finance, ethics and transparency. It is designed to build relationships, learn about others’ efforts, self-organize based on issue focus, geolocation and strategic approach, and develop tangible action plans. We plan the formation of a nonpartisan association to help facilitate effective follow up.

The event is free, and will commence with a social gathering at 7:30 pm on Friday, April 7. Saturday, April 8 will be day-long conference from 9 AM to 5 PM. Attendees are welcome to schedule pre and post conference meetings.

We hope you can join us!  Please sign up here.   You are welcome to forward this invitation to any/all nonpartisan advocates and funders interested in this work. Full agenda TBA March 7.

This week, we are making a few announcements for our current members and announcing three new member organizations to join Bridge Alliance: OpenGov Foundation, icitizen, and Citizen University.

Essential Partners recently won a $215,000 grant for a two-year project with the University of Connecticut around developing a teaching model for intellectual humility. This is the largest award granted to the organization in their 27 year history. Learn more here

The National Coalition of Dialogue and Deliberation is hosting a webinar with Journalism That Matters. This webinar will be about strengthening partnerships and collaboration between journalists and dialogue, deliberation, and public engagement practitioners on Wednesday, March 15th from 1-2:30 pm Eastern / 10-11:30am Pacific. Learn more here

The OpenGov Foundation bridges the gap between citizens and government. We build the tools that power lawmaking for modern democracy. They boost collaboration and openness in governments and communities. Their software, coalition-building and events are designed to change the culture of government.

icitizen removes the headache of engaging in the political process whether you're a citizen, organization, elected official or school. icitizen is a nonpartisan civic engagement app that facilitates open communication and collaboration between citizens and their elected leaders to shape the policies that affect their lives.

Citizen University works with a national array of partners to help Americans cultivate the values, systems knowledge, and skills of effective citizenship.

Our 65+ members have been up to some amazing things recently. This week, we are using our email as a platform to showcase upcoming events and recent announcements from a few of our members. We hope you will look into them further!

Congressional Management Foundation recently released a comprehensive report on on citizen engagement with Congress. This data has been pulled from 1,241 responses from citizen advocates and congressional staff. They hope this research helps Congress, citizens, and advocacy organizations build better relationships, engage in a more productive dialog, and help create a “more perfect union.” You may access a copy of the report here.

US Association of Former Members of Congress is hosting an event on March 2nd featuring a panel discussion of cross-generational bipartisan women political leaders. They will be discussing the obstacles they and the women who follow them still need to overcome as women political leaders. This event is open to the public and taking place at the National Archives in DC. Learn more here.

IndependentVoting.Org is sponsoring the 9th biennial National Conference of Independents. The conference will be at Proshansky Auditorium in NY, NY on March 18th. The conference is free but you must register in advance to attend. Learn more and register here.

The Political Is Now Personal

Our friend and partner at one of our member organizations Living Room Conversations, Ralph Benko, recently posted a blog about how we are letting politics tarnish our personal relationships. The United States of America was founded on using the diversity of view points to continually strive to create and innovate. How can we disagree passionately without losing compassion?

"Is a clash in which the political becomes personal inevitable? Is injury to personal relationships regrettable, but necessary, collateral damage?
..

We know you are dedicated to maintaining your relationships regardless of politics. Feel free to share broadly!

One of our members, Ask Big Questions, is launching a campus based response to the recent divisive election. The Campus Conversation Challenge helps communities spark 1,000 conversations between people who might have not met otherwise, and people who know each other but haven't had a meaningful conversation. Conversations that build understanding and trust are an essential building block on a path toward humanizing the other, nurturing diversity and inclusion, and ultimately fostering greater respect and civility. We encourage you to look into this tool for campuses in your community.

American Sustainable Business Council is a network of businesses and business associations that have committed themselves to the triple bottom line of People, Planet, and Profit.  Members believe that sustainable business is good business, and a sustainable economy is a prosperous and resilient one. Learn More

DEPLOY/US plays a unique role in the climate and energy landscape, connecting and empowering leaders and concerned citizens across the political spectrum who share our goal of pragmatic, pro-growth solutions. Learn More

Bridge Alliance is currently reviewing 25 proposals for our Collective Impact grant program. We are so far amazed at what our members have created with one another. Some of the topics that are covered in the proposals are civic engagement, governance and policy making, and campaigns and elections. With these proposals we are creating a portfolio for funders.

We also have a new Bridge Alliance member:

Nonprofit VOTE partners with America’s nonprofits to help the people they serve participate and vote. We are the largest source of nonpartisan resources to help nonprofits integrate voter engagement into their ongoing activities and services.

Inaugurations and Our Founders

Friend-
We are sharing with you a note we received last week that was not only timely but timeless. You can find it online here, along with the inaugural issue of the Transpartisan Review. Enjoy!

by A. Lawrence Chickering and James S. Turner

On March 4, 1801, Thomas Jefferson walked from his rooming house at New Jersey Avenue and C Street in Washington, DC (about a block from today’s Union Station), to the Senate Chamber in the new, under construction, Capitol building for his inauguration as the third U.S. President. Jefferson, the first President inaugurated in the brand new Capital City, led the Democratic-Republican party.

Formed in the 1790s, Jefferson’s Democratic-Republicans and Alexander Hamilton’s Federalists were the country’s, and thus the world’s, first political parties. The Democratic-Republicans believed in an agrarian-based, decentralized, democratic government. The Federalist Party came into being as a national coalition of bankers and businessmen in support of Alexander Hamilton’s fiscal policies. It existed from the early 1790s to 1816; its remnants lasted into the 1820s.

In 1826, Andrew Jackson entered the White House, and Jefferson’s party split into Jackson Democrats and a party called National Republicans. In the 1830s Whigs (including Lincoln) replaced the National Republicans until the 1850s, when the Republican Party of Lincoln, the beginning of today’s Republicans, emerged.

Jefferson walked to his inauguration in the clothes ‘of a plain citizen without any distinctive badge of office’, making the point that he and his party stood for the working people, famers and small businesses rather than rich carriage-riding banking and business elites. Historians consider the rumor- and innuendo-filled 1800 campaign as one of (if not the) dirtiest in American history.

Jefferson spoke to mend the wounds of the campaign. ‘Every difference of opinion is not a difference of principle. . . . We are all Republicans, we are all Federalists. . . .’ he said. Let critics of our society ‘stand undisturbed as monuments of the safety with which error of opinion may be tolerated where reason is left free to combat it.’

John Adams, Jefferson’s Federalist adversary, disdained the new President by avoiding the inauguration and heading home to Massachusetts before sunrise. The 1800 party fight had undercut Madison’s Federalist #10 assertion that a well- constructed Union tended to ‘break and control the violence of faction.’ He called faction a ‘dangerous vice’.

Twenty-five years and four months later, on July 4, 1826, the 50th anniversary of American Independence, both Jefferson and Adams died. The HISTORY site says, ‘Adams’ last words were, “Thomas Jefferson still survives,” though his old friend and political adversary had died a few hours before.’

‘Old friend and adversary’ captures a key aspect of Transpartisan politics. These two founders together worked on The Declaration of Independence, served in the first ten years of U.S. government, and fought over core principles of American life. From 1777 to 1826, with an 1801 to 1812 hiatus as adversaries, they corresponded about politics and life. These famous letters are regarded as masterpieces of the American enlightenment.

The energies that bind people together personally create the vitality and space for passionate discourse. Transpartisan politics seeks to harness this vitality and expand this discourse. We are all Democratic-Republicans . . . we are all Americans.