"The ALL IN Challenge strives to change civic culture and institutionalize democratic engagement activities and programs on college campuses, making them a defining feature of campus life. Through this initiative, we recognize colleges and universities committed to improving democratic engagement, increasing student voter participation rates, and graduating civically active and informed students. In collaboration with this country’s colleges and universities, we seek to:

Since our launch, more than 250 campuses in 40 states and Washington, D.C., have joined the ALL IN Challenge and committed to making democratic participation a core value."

We are proud to have the ALL IN Challenge as our member organization and hope you will support their amazing work. You can read the blog in full here.

Understanding the other side 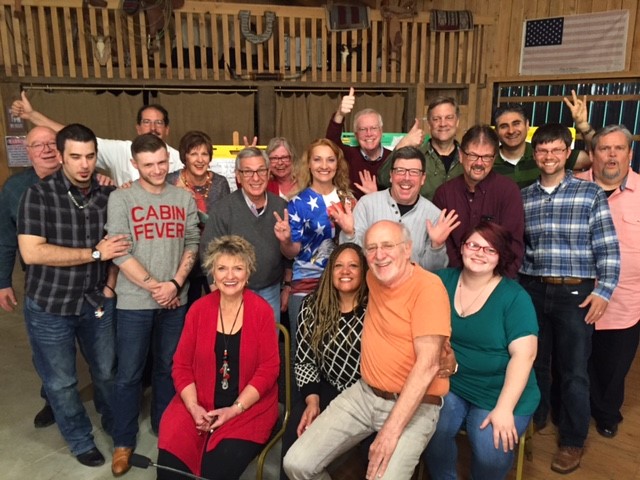 Through Better Angels 15 politically diverse residents of southwest Ohio met for a total of 13 hours in an attempt to gain a better understanding of the "other side". On some issues they agreed to disagree and on other issues like paid parental leave they found considerable common ground. They found that they are less different and less hostile from one another than the media portrays.

“We say unanimously that real people are more complicated and appealing than the stereotypes we have of them.”

We recently asked our member organizations to let us know about some their accomplishments in the last year and their goals for the year ahead. We are thrilled to share with you what some had to say.

iCivics
In 2016, iCivics exceeded all expectations for growth and impact: 150,000 teachers across the United States use iCivics. Over 5 million students benefitted from our resources! And young people played our games 7.5 million times last year alone.
Goals: Our strategic goals for 2017 and the next 4 years are ambitious: we must expand our reach to 10 million students per year; deepen our impact on students' ties to literacy and civic engagement; build demand for good civic education at the state level; and develop models for financial sustainability.

Healthy Democracy
Implemented three Citizens' Initiatives reviews on statewide ballot measures in Oregon, Arizona and Massachusetts. Set up a CIR demonstration in California on one of the most expensive ballot measures in the state's history.
Goals: Continue national expansion of CIR to new states and local jurisdictions to implement in 2018. Offer a variety of skills-building and relationship-building programs to promote effective citizen engagement and deliberation. Partner with high schools to offer CIR model curriculum for civics education enhancement. Build out social media presence to enhance impact of CIRs in states without access to voter's guides.

We have received many responses to our survey and will continue to send out emails about them!

Bridge Alliance member Healthy Democracy, developer of the Citizens' Initiative Review, recently published Nonpartisan Hygiene: 6 Tips to Stay Squeaky Clean - and Effective. Healthy Democracy drew upon an internal audit of it's own activities and response plans to lay out six tips for organizations to preserve their nonpartisan credibility--the most valuable asset to a nonpartisan organization. This guide is designed for both nonpartisan and bipartisan groups, and should be of interest to many of our member organizations.

Bridge Alliance is inviting our audience to send us blog submissions and other items of interest for political bridge builders. We want to showcase innovative ideas and bolster organizations/individuals doing great work. Content is always appreciated!

One of our Bridge Alliance members, Open Primaries, has gotten much deserved press from news and media outlets in the past few months. Open Primaries advocates for open and nonpartisan primary systems, counters efforts to impose closed primaries, and educates voters.

Here are a few recent mentions:
The Disillusioned American Voter - DAME
"Opdycke’s organization is setting its sights on primary reform by helping to increase competition among all parties, particularly in places where the incumbent runs unchallenged by a “token” member of the opposite party. In the new system his organization is working to make happen, you’d get not just two Democrats facing off, but “you get a Democrat and a Green, or a Democrat and a Peace and Freedom member. So you end up with a November election that is actually competitive where the two most popular candidates, they'll have a base and a set of issues that resonate,” Opdycke says." 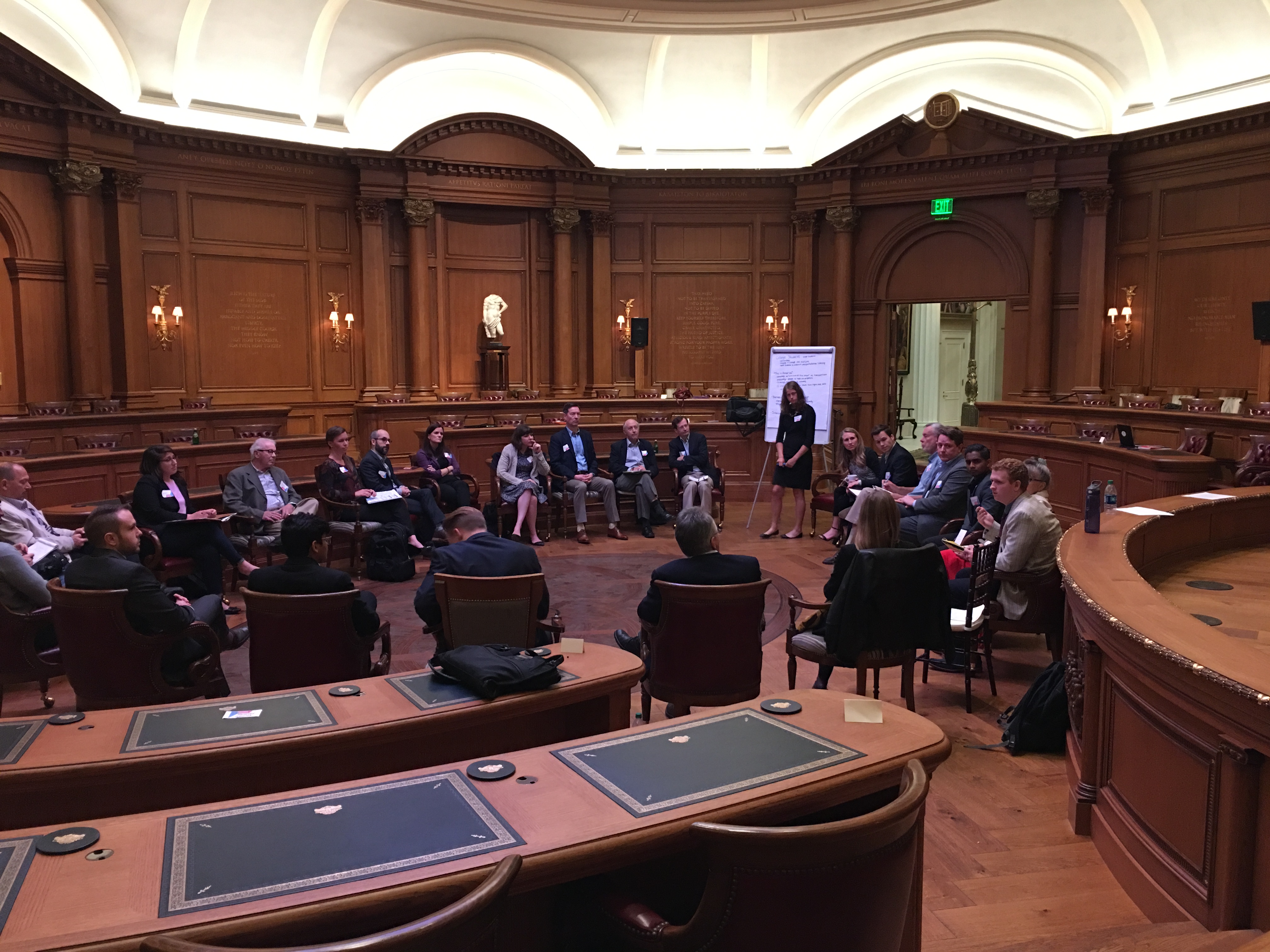 Last Saturday, Bridge Alliance members and guests gathered in the debate chamber at the beautiful holdings of Crow real estate. The surroundings edified our meeting as we heard from panelists, worked in breakout groups and enjoyed fellowship.

From the meeting, we are developing three proposals for collective impact funding.

Early 2017 was a busy quarter for Bridge Alliance member, National Institute for Civil Discourse (NICD).  We share with you a small selection of their Quarterly Impact Report to both recognize NICD’s work and increase awareness of political reform work in it’s various guises.

We applaud NICD and look forward to sharing more impact stories from our members with you.

What have you been up to? Let us know and we’ll feature your organization.

The Bridge Alliance joined the Independent Voter Project, The Centrist Project, Represent.Us, FairVote and Level The Playing Field to host a summit in Kansas City that included a list of influential people trying to "Unrig the System."  The focus of the summit was to talk about how we all can amplify our collective efforts and challenge the political establishment that resists competition and structural changes.

The event included panels and breakout sessions with nonpartisan leaders that have been driving reform efforts like Ranked Choice Voting in Maine, Open Primaries in Colorado, anti-corruption bills in South Dakota, and several other efforts nationwide. The commonality of all these groups is a desire to challenge both sides of the political aisle and improve representative accountability for everyone, regardless of ideology.

The mission of Bridge Alliance is complimentary to these efforts, and together with you, we look forward to putting together the mechanisms for more collaboration in the reform "industry."

Mark Gerzon, Founder and President of Mediators Foundation, spoke at TEDxVail in January. In his talk, Mark challenges us to look at our innate integration - using the left and right parts of ourselves to reach out to others and work beyond partisanship. Mark led the initiating meetings for Bridge Alliance and is an influential leader in our movement.  Enjoy his 11 minute talk—click on the image below to watch. 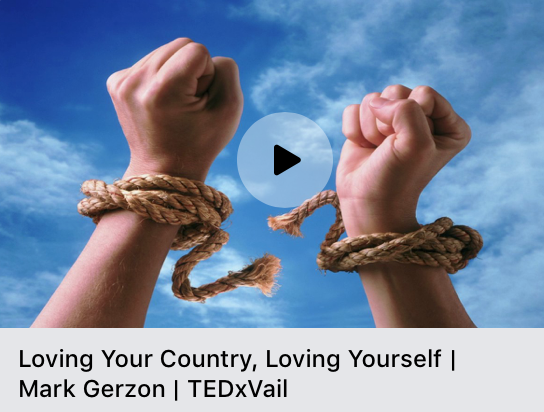 Eric Liu from Citizen University announced the publication of his new book this week. You're More Powerful Than You Think: A Citizen's Guide To Making Change Happen was inspired by his viral TED talk on citizen power. The book is based on a simple idea- if you don't use your power, someone else will in your name and often against your interests. He draws on examples from the right and left, past and present, offering a new way to think about citizen power laying out 9 hands-on strategies for exercising it. We hope you will read it and more importantly use it!