The Civvys Nominations Are In 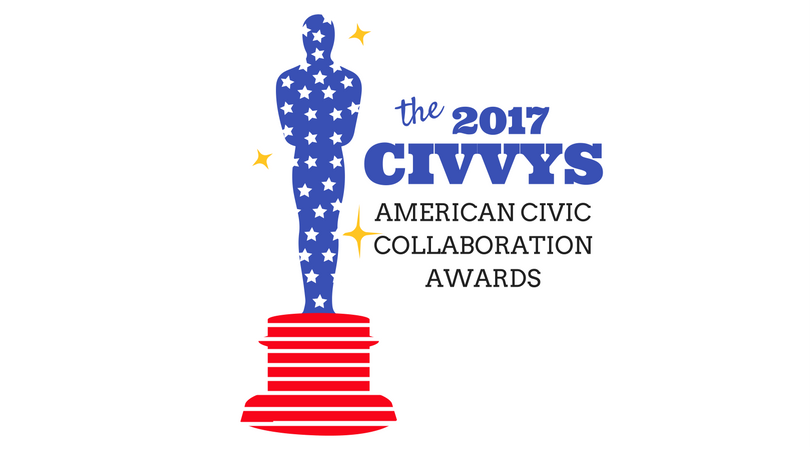 When we launched the Civvys to honor people working to overcome America’s divisions, we knew we’d get many worthy nominations. But we weren’t ready for the scale and scope of the nominations received, which have been both inspiring and somewhat overwhelming! Despite what the media may feature, the Civvys are evidence that Americans are doing amazing things to get beyond what divides us and strengthen communities at the local, state and national level.

Our Civvys nominees are as creative, tenacious, diverse and wonderful as our nation itself. They include elected officials with the courage to work across the aisle and technology gurus harnessing cutting edge tools to heal the country they love. They range from high school teachers to corporate CEOs, inside the beltway experts to youth volunteers – Republicans, Democrats and Independents.  The full list is below. Learning more about these remarkable people and organizations is the perfect way to rekindle civic faith and see what’s possible when we emphasize the values we share rather than just what divides us.

Every one of these nominees deserves recognition and a shout out. They’re on this list because people impacted by their work were inspired to step up and express deep appreciation.  If their work resonates with you, let them know – or even better, offer to help out.

We now face the difficult task of picking finalists. How are we going to do it? It’s not about determining which nominees are “better” or “more deserving," but rather about looking to the Civvys evaluation criteria and assessing the degree to which each submission is aligned with those principles. To that end, we’re evaluating these remarkable individuals and initiatives on the following core attributes: scalability, impact, stakeholder diversity, commitment to civility, and metrics. Over the next few weeks, our review committee will use these same criteria to choose the inaugural Civvys awardees from among the finalists.

In the meantime, we want to celebrate the entire nomination list – and thank everyone who submitted a nomination. Our group of nominators was as diverse and accomplished as the nominees themselves and included elected officials, foundations, corporate leaders, students, professors and civic renewal thought leaders. This program is only possible because of your efforts and passion!

Beth Lewis | Save Our Schools Arizona