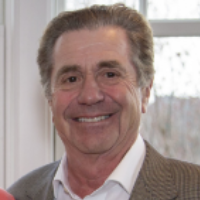 As one of the initial driving forces behind the Bridge Alliance and as chairman of the board, David Nevins brings business acumen, vision and a tireless this-must-and-can-be-done zeal to the burgeoning movement to bridge divides to transform the political process. As a business leader, Nevins excels at building bridges between people and organizations from the right, left and center for civilized conversation and then action. 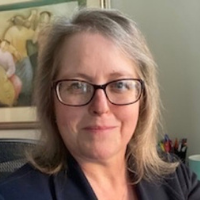 In addition to Bridge Alliance, she co-founded Living Room Conversations and the National Conversation Project. Debilyn continues to bring her insight to entities seeking to grow their participation and efficacy. She serves as an advisor to many leaders and organizations. 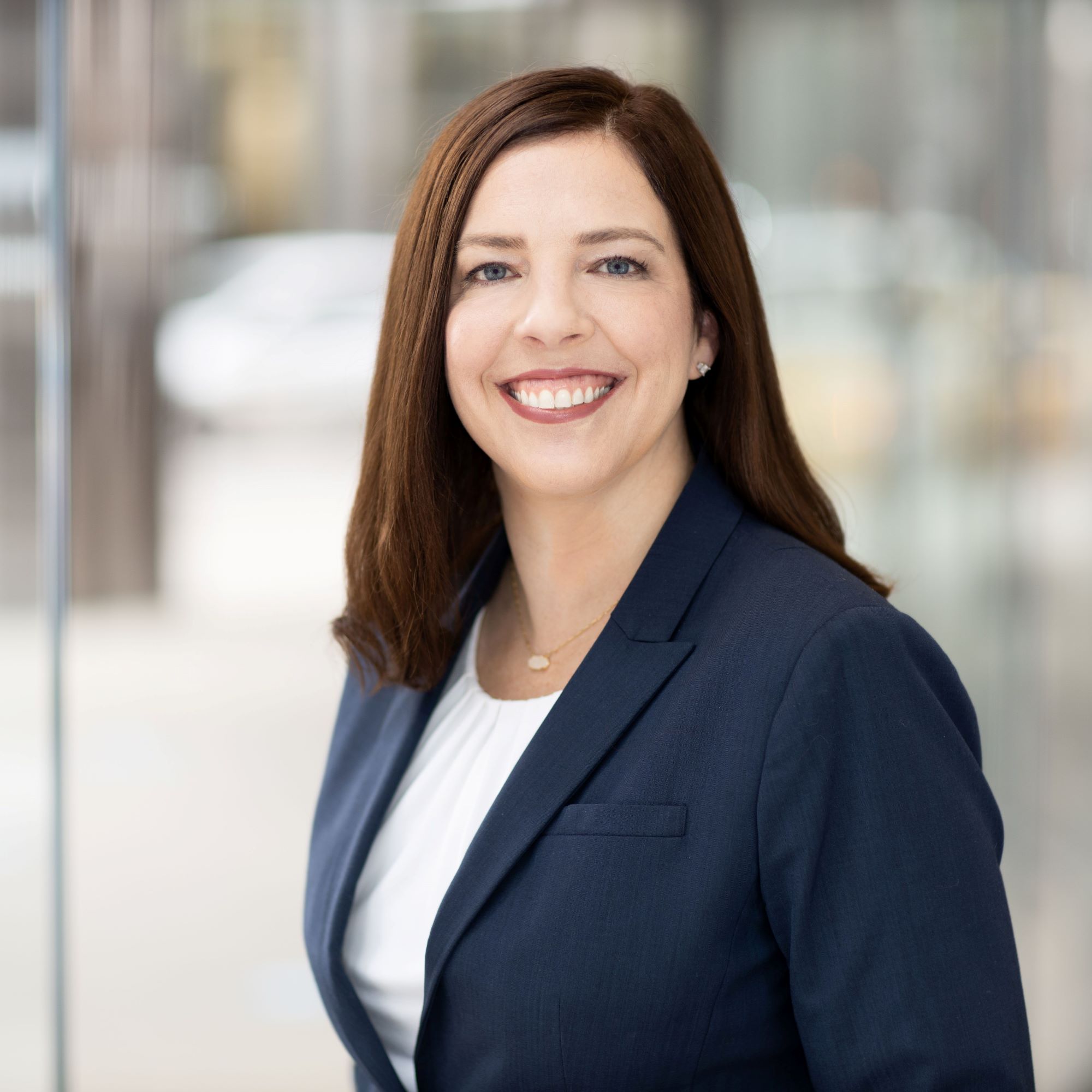 Kristina Becvar is a lifelong advocate who recently made the career pivot from operational and HR management to full-time student. She received her B.S. in Business Studies and is currently a M.S. student at UMass Amherst in the Data Analytics and Computation for Social Sciences program. Her primary research interests are international human rights, the role of combat veterans in society, and
the ways social and traditional media affect and reflect societal roles of communities as well as shape the ways militant/extremist groups to grow their power and recruit. In her rare downtime, she loves traveling, enjoying live music, and watching the Chicago Blackhawks. 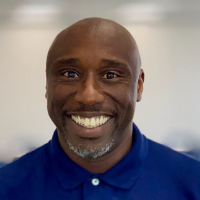 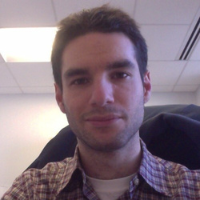 Jeremy Garson is an attorney who is licensed in Maryland, Washington, D.C., Pennsylvania, and New Jersey. He graduated from the University of Michigan Law School in 2014 and, prior to joining the Bridge Alliance, served as a labor / employment attorney. Jeremy has previously served as a constituent caseworker handling veterans' affairs and tax casework for a Democratic Congressman. He also worked on a Democratic presidential campaign. He is dedicated to pushing against the nation's "us vs. them" mentality and ensuring that progressives, conservatives, libertarians, and everybody in between have voices at the collective table. Jeremy is passionate about sports, and in particular Michigan Wolverines basketball and the Philadelphia Eagles and Philadelphia 76ers. 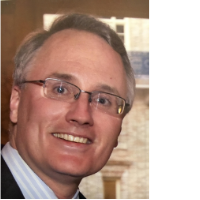 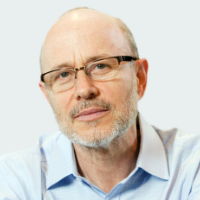 Mo is a relatively recent arrival to the field of civic renewal, stepping back from a long career in the private sector to focus his considerable energies and skills on healing our democracy. Mo brings a deep background in software and digital marketing to the field. With the leading technology publishers Ziff-Davis and International Data Group he’s started disk magazines and run Information Technology groups. The advent of the internet redirected Mo from tech infrastructure to the front lines of the business, reimagining and recreating the ways media companies serve their readers and advertisers. “It’s been a thrill to have been at the center of the two great technological revolutions of our lifetime: the PC and the internet.”

Now Mo is tackling an even bigger challenge: how to bring more Americans together to sustain healthy, productive self-governance. One pivot point, per the mission of Bridge Alliance, is to dramatically enhance the bridge between ordinary citizens and the organizations doing this work. That’s the reason for Citizen Connect, and that’s the reason Mo has made its success his mission. It may seem like a long way from the BA in Philosophy he got at Yale University, but actually, it’s just turning political theory into practice. 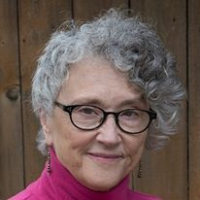 Jeanene Louden has always been a team player. She was a three season letterman in high school, and as an adult played league soccer, softball, and volleyball. Her nonprofit team activity includes 25 years on an economic development board, five years on a health systems planning board, and eight years on an AYSO board.

Professionally, she began working outside the home at age eight, accompanying her mom to pick crops. The work ethic she developed in the fields and later in factories helped her earn her BS in Community Health. She has also worked as an emergency medical services planner, a special projects manager for a paramedic ambulance service, and a middle manager (health and safety risk management) in two multinational government contracting companies. When she hit "the glass ceiling," she formed her own contracting firm at age 37, which -- in keeping with her identity as a team player -- she named TEAM. 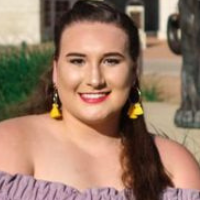 My name is Michelle, and I was raised in Atlanta, Georgia. I attended Louisiana State University from 2015 to 2019. I majored in Political Science with a concentration in American Government and International Relations and have a minor in American history. At LSU, I was apart of Kappa Alpha Theta, Young American Federation, and College of Republicans. After graduating, I pursued a Master's degree in Legislative Affairs at George Washington University. While working on my Master's degree, I have worked for non-profits, senatorial and congressional campaigns, and campaign consulting. 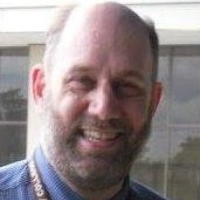 Vince has been interested in politics and government for decades. He has served as a precinct delegate for the Michigan Democratic Party since 2010 and has been a volunteer for Coffee Party USA since its inception in 2010. He served on its board from 2014 until it ceased operations as an independent organization in 2021.  He is currently one of the contributors to the Coffee Party USA Facebook page and works on identifying and evaluating organizations for membership in Bridge Alliance.  In his spare time, he keeps a blog, Crazy Eddie's Motie News, and enjoys his time with his wife and pets, a dog and cat, playing video games and watching his favorite science fiction and fantasy television shows. 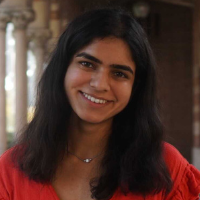 Born and raised in the Bay Area, California, Sachi Bajaj is a rising Sophomore at the University of Southern California, double majoring in International Relations and Psychology. On-campus, she is involved with organizations such as Project RISHI, Trojan Bhangra, and Trojan Shelter. She is also an avid environmentalist and the founder of a global environmental and humanitarian organization, The Me2U Foundation. Her goal is to alter the way our world treats the planet, especially alongside other youth. Lastly, in her free time, she loves to play tennis, take dance classes, and try new foods. 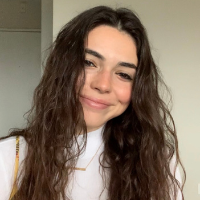 Sophie Sperber is a rising Junior at the University of Southern California. She is studying Journalism and Political Science. She was raised in Northbrook, Illinois. At USC, Sophie is involved in the Annenberg Media Center and The Daily Trojan, two of the school's news publications. She mainly works on campus news and features stories, both in writing and digital formats like radio or video. She has a special interest in politics, law and constitutionality, in specific regards to voting equality. In her free time, she enjoys reading, working out, or watching hockey games. 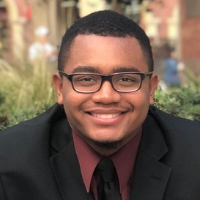 Lennon Wesley III recently graduated from USC with a Bachelors in Business and Philosophy, Politics, and Law. He is now a Masters student at the USC Marshall School of Business studying Social Entrepreneurship. As an undergrad he was deeply involved in student government and civic engagement. Born and raised in Las Vegas, Nevada, Lennon is passionate about various causes including access to education, social justice, and food insecurity. In his personal time, Lennon is an avid sports fan, as well as loves binge watching his favorite shows and playing basketball.