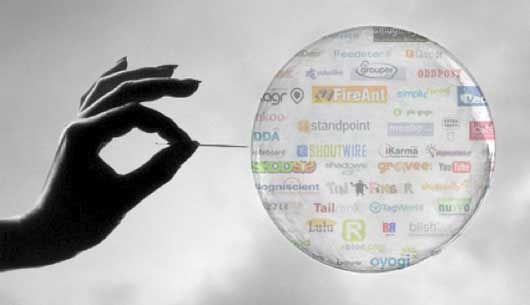 An article published recently (September 14) in the Washington Post may have given me the answer, at least in part, to what we did right. Coincidentally, the article (“In Virginia, A State of Political Separation: Most Clinton Voters Don’t Know Any Trump Voters and Vice Versa”) looks at polling data from the Commonwealth of Virginia, home to SLLF’s Emerging Leaders Program. According to the article, more than half of the supporters for each of the two major party candidates for President do not interact with any family members or friends who support the candidate that they oppose, “Many voters seem entirely isolated from one another, living in their own bubbles of political agreement even in an increasingly diverse commonwealth, a Washington Post poll finds.”

So- how were we able to get these legislators, all of whom strongly identified with the Democratic or Republican party, to set aside their predispositions, come out of their respective bubbles and build lasting bonds with one another?

One of the things we did, by design, was to “burst their bubbles.” We created opportunities that required participants to get outside their bubbles. While party labels were not indicated on any of the material presented to participants in our program and all were strongly encouraged to “leave their labels at the door,” we knew their partisanship and made sure to create working discussion groups that included Republicans and Democrats. In other words, it was impossible for participants to stay within their safe and secure bubble. Republicans had to interact with Democrats. Liberals had to listen to conservatives. Leaders from the South sat, worked and talked with leaders from the Northeast.

Further, we created opportunities for them to talk about things other than politics so that they might find areas of common interest not constrained by their ideological bubble. Opening with frank discussions of The Second Machine Age, participants were presented with opportunities and challenges relevant to their constituents, regardless of party, ideology, state or region.  In reading and discussing James Baldwin’s “Sonny’s Blues,” participants, regardless of party and ideology, could identify with various characters in the story and be moved by the passion and power of story. In discussing several chapters from What Caused the Civil War by Bill Ayers, participants from all across “the union” were transported back in time to an era that makes our differences not so large and our battles quite petty and, perhaps, reminded participants of the high cost of failing to compromise. Given opportunity, people (even politicians) may find that they are not that different after all.

Finally, during the three day program, participants were given numerous informal opportunities to leave the comfort of the bubble, riding, eating, drinking and just hanging out with those who did not look, talk, vote or think like them. Because ones political party was not indicated on name tags or participants lists, program participants could not use those cues when deciding who to talk to at the opening reception, dine with for meals or sit with on the bus to Monticello.  So, even outside of the classroom or the discussion groups, at least initially, participants had little choice except to interact with those whose political perspective might be quite different from their own. Small talk often takes relationships to unexpected places where we find common interests and perspectives. Drinks and meals shared lead to shared laughter, phone numbers and e-mail addresses regardless of party identification. Bus rides through the beautiful Virginia countryside engender and understanding that we all are part of something bigger and more important than ourselves, our parties or our politics.

So- here is the recipe for bursting bubbles and getting folks outside of their political bubble.  First, make them leave their bubble- set up situations where Democrats have to work closely with Republicans and conservatives have to cooperate with liberals. Second, provide opportunities to have conversations that go beyond the political debates and issues that tend to reinforce the ideological divides and send folks scurrying back in their respective bubbles. Finally, don’t forget the power of informal conversation- table talk, bar chatter and bus ride banter can all serve to build up relationships and break down walls.

Clearly, this is not something that can be done on a large scale. Outside of an organized meeting or conference, we can’t make people leave their bubbles. However, our experience this summer at SLLF’s Emerging Leaders Program shows that bubbles can be burst and bridges built even if the bridges are small. We have to start somewhere!