Curiosity Unbound: Song of the Angels

President Obama’s tears during his speech on gun control last week made a big splash in the media circuit. As he spoke of the first graders killed at Sandy Hook Elementary School in December of 2012, his speech faltered and cheeks dampened. Those tears, and everything behind them, are presumably the foundation for the policy reforms he proposes to put into place via Executive Order, which he implores Congress not to impede.

There have been countless causes for tears in recent months. Lives lost to brutal and capricious violence have made the headlines almost too often to tally, both here and abroad. With each news cycle we move with more speed toward and cling with increasing rigidity to what we think is “to blame”: gun laws, mental health services, economic despair, immigrants, Islam, Christianity, government overreach or incompetence, police brutality. And we rail for or against whatever laws or policies we think are needed to fend off the discomfort of vulnerability. We just want it to stop.

We barely let the tears fall before wiping them away with our preferred stance of outrage. The blinders close in. The others who bear the fault become one-dimensional, naïve, backward, hateful. The less we see each other, the more intractable the problems become. And the next time the tears come faster, the walls draw in closer, the finger is pointed that much more sharply.

As Obama’s tears fell, speculation about their authenticity and criticism of what some saw as a sign of weakness flowed freely. Our assessments shift depending on how much the ideology of the people in the spotlight reflect our own.

The tallies of the last year, good, bad, ugly, have flown past us in lists and resolutions. The calendar page has turned and once again we learn that it takes more than the passage of time to make us new, to change us and our world.

Now it is time to take a deep breath. To pause in wonder. 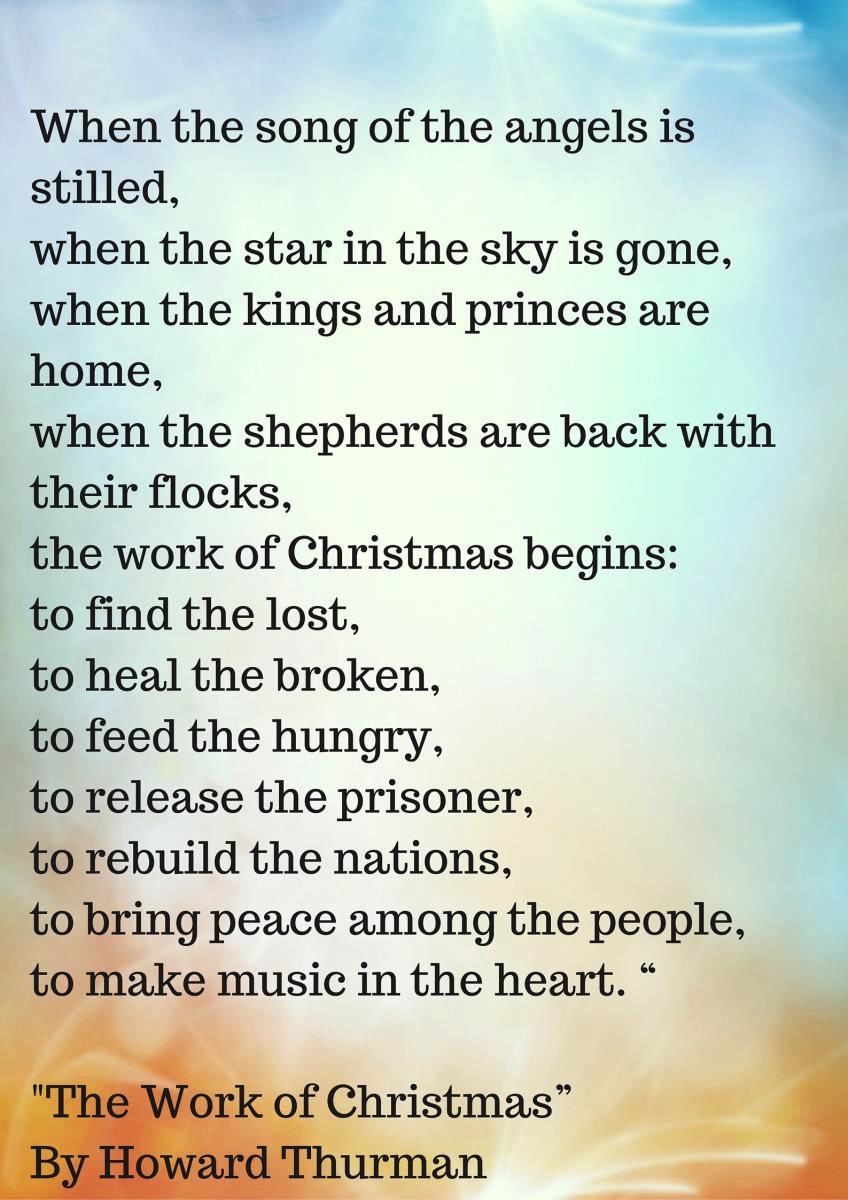 I yearn for a pause in the rush to reach for policy solutions so we might simply behold. Behold the shared truth that being together – rather than being “right,” offers its own salvation in the most literal sense: it helps us to be whole. What if we took some time to sit in the uncomfortable presence of the tender and the bruised places in our own hearts? How might we let ourselves appreciate and celebrate the resilience that has made it possible for humankind to carry on, and embrace our responsibility to find new ways to continue? When might we find moments to really see each other by breaking through, walking around, climbing over the walls that fear has built?

I want us to pause and drink it all in, to witness the possibility in the midst of our heartbreak and fear, and then to let those soft parts of ourselves send out tendrils of connection. Though they may be watered with tears of grief, the world may grow renewed as we pause to look at ourselves and each other with fresh eyes. In the process we might see hope bloom. For real.