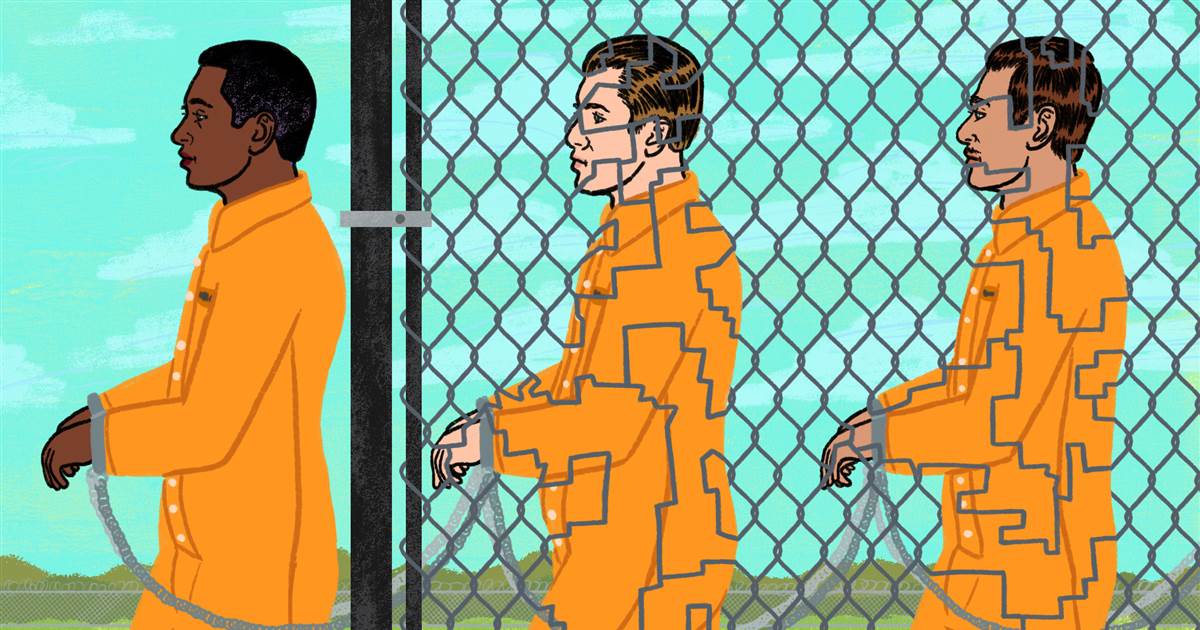 The turmoil that coronavirus has exacerbated is shining a spotlight on previously under-discussed topics such as race, inequality, and the criminal justice system. Yet, a critical source of systemic inequality is still not getting attention -- the fundamentally unfair practice of prison gerrymandering.

Another important aspect to note about the prison population is their socioeconomic status. Incarcerated people of all genders, races, and ethnicities earn much less prior to imprisonment than their non-incarcerated counterparts. In fact, the American inmate population is dramatically concentrated at the lowest ends of the national income distribution. Finally, prisoners suffer from high rates of coronavirus, mental illness, addiction problems, histories of abuse, and the list goes on.

Clearly, addressing the multiple needs of this disadvantaged population is hindered by the fact that they have very limited political influence.….or do they? Millions of inmates are behind bars, yet their political influence continues to haunt the legislative districts where they are incarcerated. These “ghost” constituents are a product of prison gerrymandering. Prison gerrymandering is the act of counting incarcerated people as residents of the area where they are being housed, rather than where they lived prior to prison. By doing this, localities with prisons and jails increase their population count and thereby increase the political influence of their electoral districts; however, incarcerated people are never fully counted -- or represented -- as constituents.

The United States Census Bureau has legitimized prison gerrymandering through their “usual residence” rule -- this regulation states that people must be counted where they live and sleep for the majority of their time. This rule has far reaching implications for communities affected by prison gerrymandering, which tend to be urban.

When the Census Bureau counts incarcerated people in the districts where they are being imprisoned, it skews the data on household income, poverty, and other socioeconomic status related topics. This skewed data results in impacted urban areas being portrayed as wealthier than they actually are. On the other hand, areas with prisons are portrayed as more impoverished than they actually are.

This approach to counting people is particularly consequential in 2020 because it is a Census year, which will determine the allocation of more than $600 billion in funding over the next decade. If prisoners were counted in their hometowns, their districts would qualify for targeted state funding for low-income communities. This money could ultimately help future generations of these underserved communities and could prevent generational poverty and incarceration.

At the same time, the communities that host these prisons are also suffering. In the 1980’s rural communities began to experience high rates of unemployment and poverty due to America's shift from a manufacturing to a service sector economy. It was believed that building prisons in rural communities would result in an economic boost; however, this has not been the case for several reasons. First off, local residents are often left out of prison construction work because of a lack of skills, experience, or union membership. Also, many of the correctional officers working at these prisons are not residents of the prison district. Additionally, inmates are forced to fill low wage jobs that, at best, pay 40 cents per hour (5.5% of the federal minimum wage) -- jobs that might otherwise be filled by higher-paid local residents. Lastly, prisons are not likely to attract other types of associated businesses.

So who are the beneficiaries? Well, the big winners of this policy are rural legislators. More residents in a smaller area means they have more flexibility to draw a district with only their most loyal constituents, and the legislator retains that safety until the next U.S. Census is conducted, even if the individual is released from prison prior to the next census. That doesn’t mean their only argument in favor of the current system is “it gives me power.” Indeed, these legislators have offered up a number of cogent arguments in favor of the status quo --  ranging from the fact that the Census has conducted the population count in this manner since 1850 to their districts needing extra funding to provide adequate services to their incarcerated population. However, there’s little doubt that power and partisanship play a larger role in their stance than they’d willingly admit.

These rural legislators want individual power; however, they also want their party to have power. By counting their prison population into their general population they are able to put more power behind rural areas. This, in turn, strips heavily urban districts of political power they might have otherwise possessed if prisoners were counted in their hometowns.

Prison gerrymandering is how we steal power from one disadvantaged community and give it to another disadvantaged community. Prisons haven’t revitalized rural america, incarcerated individuals are being counted in voting districts where they have no say politically, and urban communities are being deprived of political power and critical resources.

Perhaps this process is perpetuated because prisoners are often branded as undeserving. Taking away their voice is a reinforcement of their disempowerment--a reminder that they can’t have a voice in their hometown community or the community where they are counted. However, while we continue to debate whether these individuals regain their voting rights after release from prison, we should also debate whether it’s right to deprive their home communities of Census-determined funding.  There is no doubt that individuals who have committed crimes should pay their debt to society, but the payment of that debt has nothing to do with the process of prison gerrymandering.  It is time that we recognize this injustice for what it is -- a perpetuation of systemic dysfunction.